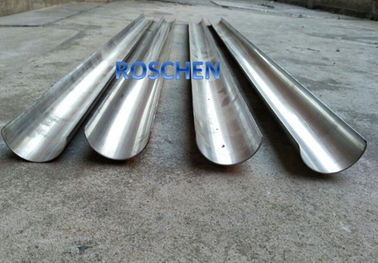 --- T6 Series Double Tube Core Barrels
These are a continuation of the T2 series, but of a sturdier design and available in larger diameters,
76, 86, 101, 116. 131 and 146mm. They are applied in surface mining and geotechnical drilling.


--- Wireline Double Tube Core Barrels
Wireline double core barrels are primarily used in deep coring. With an overshot device,
they eliminatethe need to couple and uncouple the rod string each time the core is retrieved.
Available in DCDMA sizes A, B, N, H ,and P.

---Wireline Triple Tube Core Barrels
Wireline triple tube core barrels are generally required in broken, fractured formations. They incorporate a third, split inner tube on base of wireline double tube core barrel. This can be pumped out of the inner tube after retrieval, allowing the core to be examined in its in-situ state.